Ad-blocking — how does it affect your site? 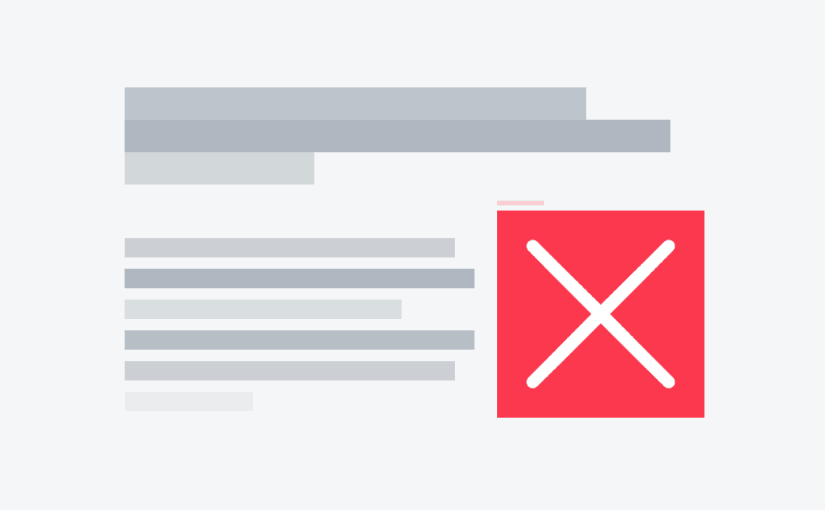 During the last few years, we’ve all seen an increase in the number of people which enable ad-blocking extensions when browsing the web. This number grew from 21 million users in 2009 to 198 million in 2015 — costing the publishers nearly $22 billions in 2015 alone. This exceptional growth has come with no winning argument when you’re trying to please both sides, publishers and end users alike.

On one side, users are continuously bombarded with ads, chasing them across multiple channels, while on the other side publishers need to make an income based on the opportunity their visitors offer — ads are helping them get that, being a substitute to subscription fees or any other form of payment. It is a double-edged sword, and in this article we’ll explore why and how Ad-blocking usage impacts publishers.

#Ad-blocking in a nutshell

Before getting to know what are the influences of ad blocking on the publishers’ income, and the overall site experience, we need to define ad blocking. Ad blocking is the process of removing the ads from a site, and at a closer look, ad blocking extensions block scripts and URLs that contain certain keywords like ads or Adsense.

Continuing with the publisher – user perspectives; on the user side, Apple introduced in 2017, with the launch of iOS 11, a feature that prevents certain sites from tracking user habits around the web. While on the publisher side, Google has developed Funding Choices, to help publishers combat Ad blockers, by asking users to turn the extension off in order to read or access the desired content.

#Letting the numbers speak for themselves

Why do users install and activate ad blocking extensions? Along with the prevailing circumstances in terms of online privacy, it’s no wonder that 3 in 10 users state that they are concerned that ads may compromise their privacy, while 1 in 4 think that personalized ads are bothersome. In a different light, 49% of Adblocking users motivate their choice based on the irrelevance of ads, while 40% motivate the sheer number of ads and their intrusiveness.

On the other side of the spectrum, publishers are losing money big time. While in 2014 they lost around $12 billion, in 2016 the numbers reached almost $42 billion.  Consequently, life’s not that pink for publishers, but there is a silver lining. If the publishers are continuing to manage ad blocking software with caution, by 2020, Informa’s Group’s Ovum says that the revenue losses are expected to fall into the $10 billion range.

On our platform, our users have witnessed the same account ad-blocking growth, and also felt the impending consequences. The average ad blocker count on our platform reached 35% of the total of pageviews, during March alone.

The AdBlocker section of our dashboard was intentionally developed to better identify the customer behavior when it comes to ad blocking. One of our customers, an architecture & interior design publisher, has witnessed an ad blocking traffic that reaches a staggering number of 60% out of all his pageviews on the website.

To end this section on a high note, we can see that mobile ad blocking is still at the beginning, leaving room for cultivating, in the short term, an alternative for ad targeting. We’ll get into detail about this later on.

#Is your income in trouble?

The short answer is yes. This implies that if you’re taking no measures whatsoever in dealing with ad blocking, then you’re guaranteed to lose more and more money every month. Moreover, your pageviews will suffer, as well, for your Google Analytics collection can be blocked by ad blocking extensions.

Additionally, the long answer depends on your strategy of adjusting to new mediums of delivering targeted ads to your users and the technologies used for disabling ad blocking extensions. You have to be wary of the changing environment in terms of privacy and the outlook of advertising in general.

All in all, your job as a publisher is to create high-quality content on your website. You can’t do that if you don’t have sufficient funds to pay great writers. We’re here to show you some solutions to this problem.

Trying to guess how ad blocking is going to evolve is arduous, and there are different variables that can change throughout this time. One thing is sure, privacy is treasured by users, and publishers need to find a way how to embrace that in a way that would allow them to use ads on their websites for revenue. Finding this fine line will bring more innovation in the marketing world and we’re ready to see it.

In case you have any questions on this topic, don’t hesitate to contact us at ping@presslabs.com.