The State of Managed WordPress Hosting in 2018 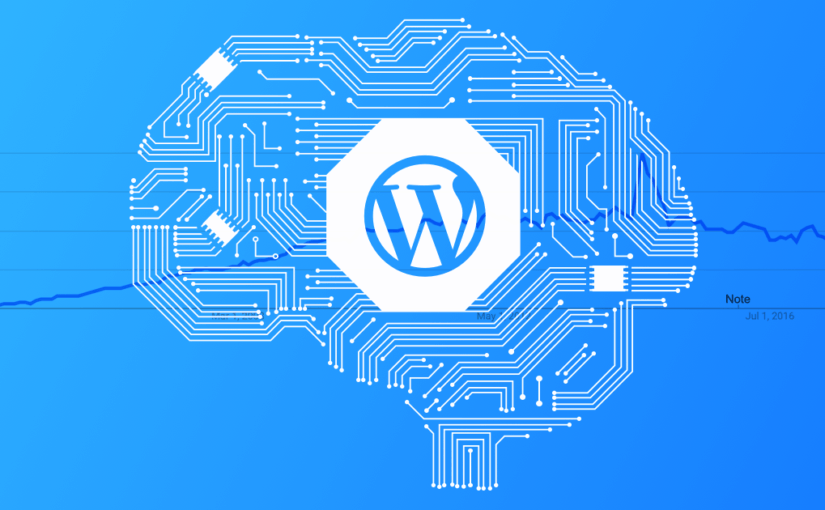 DISCLAIMER: The observations you’ll find in the following lines are distilled from the past 7 years of our experience as a managed WordPress hosting company.

Since the beginning of Internet, only a handful of technologies have been able to reach comparable giant market shares in absolute numbers and also to become as popular as WordPress.

Today, we see WordPress as the paper, pen, and envelope for people to write and spread their message across the world, in the shape of ideas and products. WordPress has reached maturity without undergoing even a single base-code fork, but rather by being able to wisely direct effort into an ecosystem that combined add-ons and supporting services. The low development costs and modest knowledge requirements have created a low point of entry for WordPress as a technology, turning out to be the key to unlock the popularity game.

Going into more detail, a vast majority of the companies providing WordPress products or SaaS are bootstrapped. Out of the venture-funded companies, the biggest catalyst to fuel even broader adoption by enterprise environments has been the array of specialized hosting platforms well-known in the ecosystem as Managed WordPress Hosting providers. The amount of investment received by the companies developing this type of products alone supports this assumption—more than $600M in total. So a significant part of the money is in hosting WordPress. Another interesting indicator which confirms that WordPress has reached maturity is the fact that today, in 2018, the “WordPress” keyword has scaled back to the 2009 value.

#Looking under the hood of Managed WordPress Hosting

Managed hosting is the delegation of tasks related to server administration and procurement, where system administration and equipment renting delegated to a single provider. Adding WordPress to the term means adding one more layer of expertise in the responsibility of the hosting provider. Simply put, it’s hosting tailored to the specifics of the software it powers.

The core feature set generally falls on a distribution of performance, reliability, security, development, and support. This layer is topped with advanced features supporting the development cycle, the global distribution, and complementary site administration tooling.

At this point, it’s hard to say if a certain hosting provider meets a set of standards to qualify as “managed WordPress”. Comparing and analyzing providers from the service quality standpoint and the value they provide is a tough endeavor. It’s highly troublesome for a potential customer to objectively navigate affiliation-biased reviews and comparisons.

So which are the qualification standards for a Managed WordPress hosting provider? We believe customers should keep an eye at least on these key points:

Now, the reviews and comparisons generally include affiliate linking at a certain point, therefore, a totally unbiased analysis is pretty hard to find. Hosting affiliation is a very lucrative domain, which significantly distorts users’ opinions. High CPC values in Adwords give an indication that hefty revenue is at stake in the managed WordPress hosting industry.

As a parenthesis, car review sites and magazines are good players to learn from, as their main product is more than a hundred years old. The system of cars comparing and rating has evolved, making it an interesting case study. Imagine yourself talking about the best car ever. By saying this, the reviewer could collect at most a smile from the potential buyer. It’s wise to separate and analyze at least by class and purpose. Virtual products such as managed WordPress hosting are really hard to compare side by side. Thus, it’s inappropriate to take into consideration existing reviews of “best”, but rather the fittest to the purpose.

Over time, the managed WordPress hosting feature set has evolved. At the base of the feature pyramid was uptime, taking care of WordPress core and plugin updating, providing various types of convenient, yet unsafe types of access: FTP, direct DB queries on the live site, etc. The offerings of the past shifted gradually to performance and development tooling and features, such as the integration of Git at various degrees. This evolution has reflected also in the geographical distribution of the points of presence. Also, the nature of data centers employed by managed WordPress hosts has changed over time, struggling or not to keep the pace with major technologies—dedicated IPs, dedicated servers, VPS of the past are now replaced with AWS, Google Cloud or Digital Ocean.

Today, managed WordPress hosting providers striving to introduce best practices in systems and engineering, in a software ecosystem defined by openness and inclusiveness, with a very low-entry threshold coupled with high expectations from its users. WordPress has been able to turn virtually everyone into a programming hobbyist and content tinkerer and thus, into a WordPress hosting customer, too.

The loose engineering rules across the community generated great code contributions that nurtured a vibrant, colorful ecosystem. At the same time, a lot of educational, as well as corrective effort is highly needed. For example, imposing sysadmin rules for a secure stack and ranging to prevent using ‘code that smells’ is a big challenge for the Open-Source community. The intention of solving the problem resulted in proposing development flows and development limitations. Even though users found it hard to accept at first, considering the ease of use of the wp-admin with its simple entities, states, and possible actions, it was for the better.

The example above has also influenced the business industry, as this challenge has determined sustained customer support effort and investment from most companies, partly spending time educating, partly suffering the consequences of not following the best practices.

The huge effort of managed WordPress hosting support teams is closely tied to the success of WordPress, fueling its adoption in enterprise organizations at a larger scale. Having reliable service providers allowed companies to focus on core activities and to reduce the strain of using costly proprietary solutions that were also hard to maintain and extend. Moreover, decision-makers have chosen WordPress not only for its openness and ubiquity, but mostly because of the wider choice of service providers with in-depth WordPress knowledge, ranging from infrastructure to development and content creation.

What is more, these prerequisites together with an increasing infrastructure complexity have pushed the managed WordPress hosting services pricing higher in the last couple of years, justified by finally offering that desired near 100% of availability, as Pagely did. As a consequence, the dominant enterprise service, WordPress VIP from Automattic has opened up by changing the way their service package was presented to the public, and also be willing to compare its service performance with the other providers in a study conducted on ReviewSignal.

From an engineering standpoint, a common characteristic of managed WordPress hosting providers (let’s shorten as MWHP) is that they are avid recipients of technology advancements, adopting new services as fast as possible, as well as integrating Open-Source projects at scale. What cannot be easily observed with a critical eye are major technological advances turned into projects that contribute back to the community. So the educational role is there, the marketing skill is there, but the will to give back is not that visible. The managed hosting “gardens” are safe, lit, clean and well-fenced, but you still need to pay the ticket to benefit from all it has to offer.

To sum it up, it’s hard to name major innovations and changes that occurred in the last five years in the MWHP field. Nonetheless, the tight competition in this field is not between MWHP providers, but rather an indirect fight. Cloudflare has been able to patch and cover performance issues of WordPress sites, making also CDN a commodity, as well as handling certificates. Probably without Matthew Prince finding the right pivot for his project, the hosting ecosystem would have been completely different.

#What’s next in managed WordPress hosting from 2018 onwards?

As WordPress is reaching maturity, managed WordPress hosting is preparing for graduation. Whenever I hear or read opinions about building your own setup and benefiting from maximum flexibility, the amount of hours invested in a WordPress hosting infrastructure comes to my mind. For example, at Presslabs we’ve invested about 138,000 hours of engineering so far. Furthermore, the product has matured over the course of tens of billions of page views served to our clients’ readers. I am positive that all the providers can identify themselves with this situation.

A huge amount of effort has been invested, together with a huge responsibility issued by mission-critical websites either driven by ad revenue or representing brand image investments of large companies. Choosing managed WordPress hosting was a smart move for them, reducing significant costs. But to further increase the ROI of large enterprise users, there are still a few changes that need to happen in the ecosystem.

From our point of view, there are at least two major changes waiting to emerge.

WordPress has been a cash cow for at least five years now, bringing lots of business opportunities to all those who have tried to share their ideas and products across the globe and to those who helped them in the process, too. However, we can see a slowly descending interest for WordPress, in a broader sense. We believe that the steering wheel is in the hands of the managed WordPress hosting providers, who could extend the CMS’ “warranty” aka maturity phase by putting relevant innovations and contributions in the hands of WordPress users.