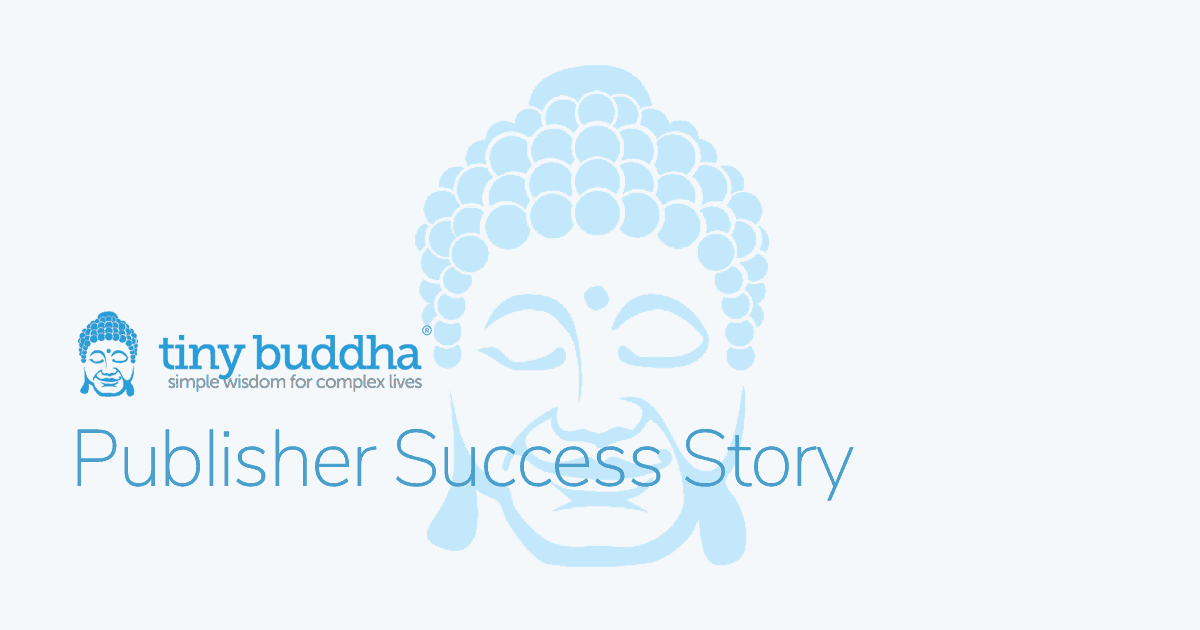 Tiny Buddha began as an inspiring Twitter account in 2008 and has since grown into a hugely successful website, read and loved by millions. Founded by bestselling author Lori Deschene, the site features a robust quote collection, an engaged community forum, and a multi-author blog, updated daily with powerful stories and life lessons.

In August 2011, before the public launch of our WordPress hosting service, we got in contact with the Tiny Buddha team. They were having serious issues with their hosting providers, having recently tried two different companies that were unable to meet the needs of a high-traffic website, one of those providers being the then-highly-praised Media Temple. We welcomed tinybuddha.com as one of our few early adopters and immediately tackled their hosting problems.

In our time working with Tiny Buddha, we have been happy to provide support for the site’s developers, assisting with the launch of new features, such as the community forums, which have more than 20,000 active members (as of March 2014).

Now, after two and a half years, this is what Tiny Buddha’s Head of Design and Development, Joshua Denney, has to say about the uptime:

I’ve been using uptime monitoring on a bunch of my clients’ sites now, and tinybuddha.com rarely has a blip.

Since Tiny Buddha’s launch, the community and the number of subscribers have grown six-fold, and the site’s traffic has increased to the same degree. We’re honored to see Presslabs listed in Tiny Buddha’s team and credits section, as we’re proud to make a difference for a site that makes a difference for so many.